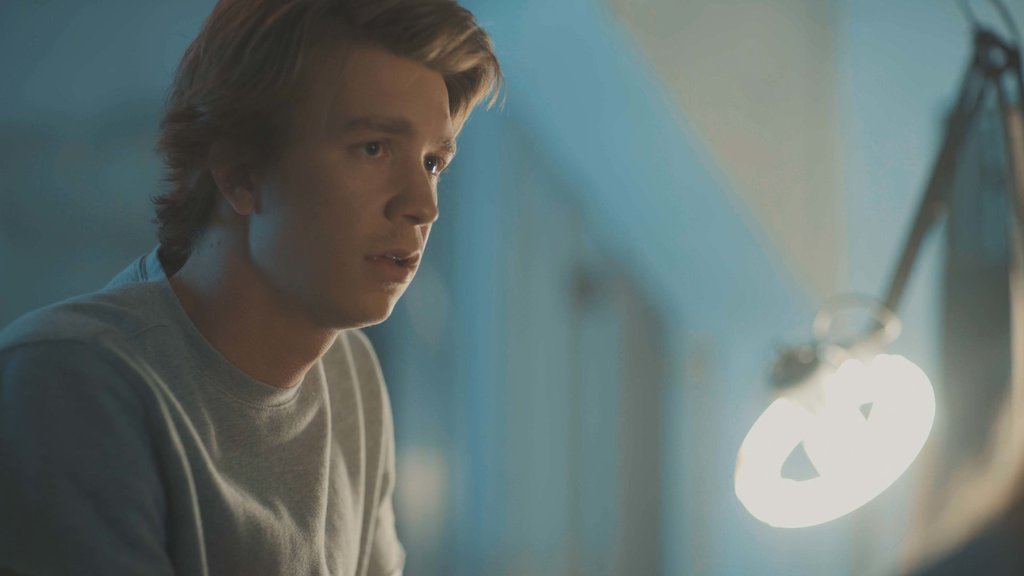 Review: ‘Our House’ Comes Equipped With More Than Wi-Fi

Just because a college student can violate the laws of physics doesn’t mean he should. Ethan, a brilliant scientist in the making, learns that lesson too late in “Our House,” an overly familiar but elegantly suspenseful throwback to the 1980s, when Steven Spielberg dominated as a director and producer. Ethan’s efforts to invent wireless electricity don’t do much to illuminate unplugged light bulbs, but they do conjure something extra-dimensional, and it’s probably not something good.

Ethan (Thomas Mann), has a motivation to open Pandora’s box. When his parents die in a car accident he abruptly halts his experimentation so he can work to support his siblings, Matt (Percy Hynes White) and Becca (Kate Moyer). Matt blames Ethan: Had Ethan not been away the night of the crash, the parents might not have been driving. The prospect of having them back, even spectrally, is tough to resist.

If Ethan, at first, seems blithely oblivious to conventional wisdom against playing God, the director, Anthony Scott Burns, is better at following rules. Self-consciously derivative, “Our House” comes furnished with a prominently placed poster for “The Fly,” characters who make references to “Back to the Future” and visual homages to “The Shining.”

But while Mr. Burns hasn’t fully digested his influences, he has learned from them. “Our House” distinguishes itself with its purposeful pacing — the first real jump scare arrives more than a third of the way through — its use of sound and crosscutting, and its wit with household objects, from a turntable to a  mechanical calendar.