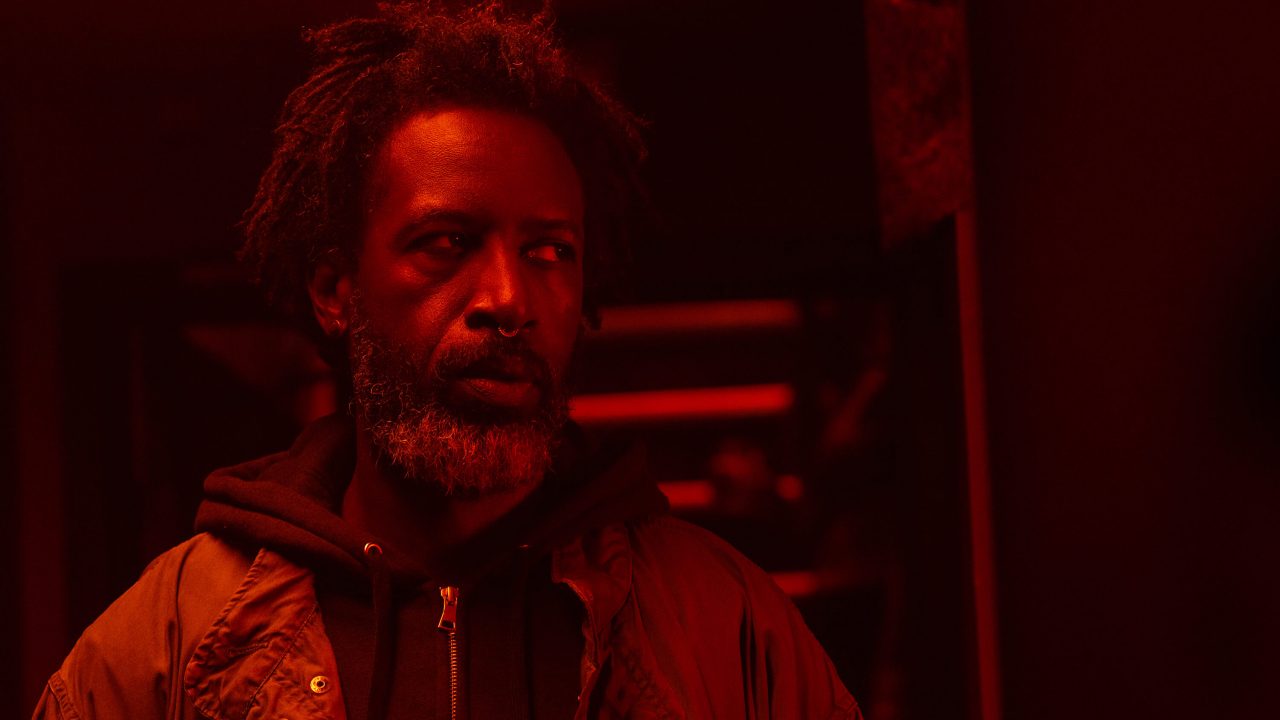 Fifteen years ago, Saul Williams was a heavy metal-sampling hip-hop poet whose fiercely political live shows called for reparations at a time when that was not very fashionable. He now projects a much more subdued urgency in the title role of Charles Officer’s Akilla’s Escape, playing a man raised up amid violence who has never stopped trying to avoid it. A mature crime picture whose decades-hopping action makes the effects of generational poverty obvious without having to spell it out, it lacks some of the flash expected in commercial genre pictures, but makes up for that in seriousness.

After a credits sequence that flips through the headlines of Jamaica’s history, the film splits its time between two cities where immigrants have carried that nation’s turmoil with them. Akilla is a 15 year-old in 1995 New York, whose just-killed father Clinton (Ronnie Rowe Jr.) led a Jamaica-born gang called the Garrison Army. In 2020 Toronto, the now-grown Akilla will meet another teen forced into gang life, Thamela Mpumlwana’s Sheppard.

Mpumlwana plays the young Akilla as well, underlining a point made very clear by the film’s cutting and then/now structure: The older man sees himself in the kid, and is motivated to save him from the consequences of his actions.

Akilla meets Sheppard when the latter is part of a crew that robs the Toronto pot dispensary Akilla manages. The stick-up men are led by hothead Cutty (Cas Cray), who kills a dispensary employee and is seen by the security camera before escaping with the loot. He leaves Sheppard behind. When the gangsters who own the dispensary start torturing the boy to find out where Cutty lives, Akilla risks his own life to get Sheppard to safety. He begins a much calmer, one-man investigation that bears fruit quickly.

The film’s tendency to avoid overplaying its violent standoffs supports Williams, whose quietly wise performance reflects the character’s balance of philosophy and strife-won savvy. (Books by Homer, James Baldwin and Sun Tzu sit on his window sill.) Akilla has already been planning to leave the pot business, which has ironically grown more violent since weed became legal; even if he fought to remain a player, “the feds wanna become the Starbucks of cannabis.” The more the film moves between today and 1995, when Akilla was being inducted into his father’s “army” while trying to protect his abused mom, the more we see parallels between two kinds of “escape.”

As he tries to track Cutty down and retrieve what was stolen, Akilla is called upon by Sheppard’s aunt Faye (Donisha Prendergast) to get the boy out of the trouble he’s in. The restraint shown in emotional scenes between the two (we don’t get the expected pre-showdown sex scene) is one of many ways Escape differs from the usual gangster pic.

Another is the soundtrack. Williams created the film’s score in collaboration with Massive Attack’s 3D, and it’s tempting to wish Officer had relied more heavily on their driving music. But blanketing the picture with unifying beats would likely have undercut the honesty of its drama, and turned Akilla (like Forest Whitaker’s character in the RZA-scored Ghost Dog) into something more than a man. That’s not at all what Officer is after, and Escape is better for it.