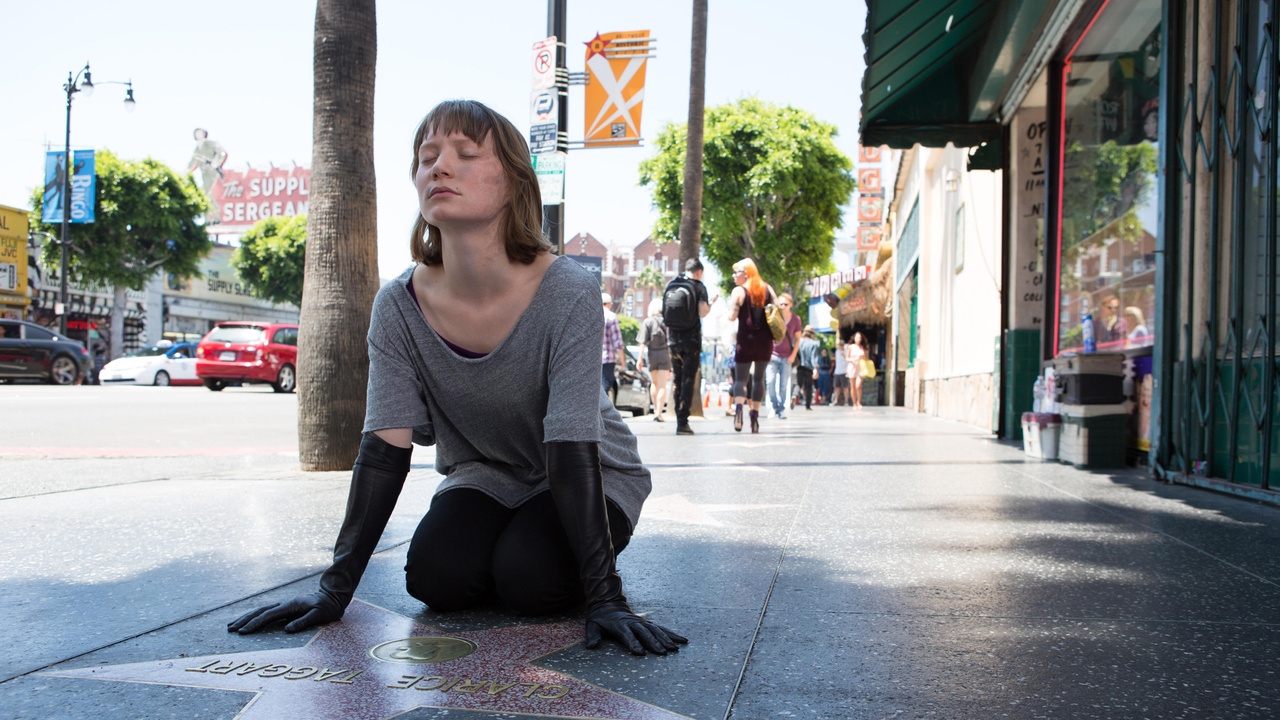 The Fault in Our Stars: David Cronenberg’s Latest Triumph

Long live Cannes controversy! As soon as end credits rolled on David Cronenberg’s “Maps to the Stars”, I turned to my regular Cannes buddy—the venerable Budd Wilkins of “Slant Magazine”—and gasped: “That was excellent!”. Soon after, as I read Barbara Scharres’s pan on this site, I felt the quickening of senses that usually accompanies a bolt to the rescue. Far from being “a mess on the screen,” the movie struck me as dense, consistently brilliant and very much of a piece with the work of a director I have always admired.

“Maps to the Stars” is “Mullholland Dr.” on a different type of acid: unlike David Lynch’s eerie vision of Hollywood as a nightmare glazed in sunshine, this Bruce Wagner-scripted satire positions Tinseltown as the most coveted insane asylum on the planet (not to mention a village of the damned, which it has remained at least since Billy Wilder’s “Sunset Blvd.”). The interlocking constellations of characters—played by the appropriately stellar ensemble of Julianne Moore, John Cusack, Mia Wasikowska, Robert Pattinson, Olivia Williams and the newcomer Evan Bird—all revolve around the idea of childhood: variously lost, corrupted, belated or revived. John Cusack’s new-age therapist helps others to locate their “magical child”, and the characters are regularly visited by specters of dead kids (all craving a strange union that the living perpetually deny them).

Julianne Moore’s character, the slightly aging star Havana Segrand, is the chief wailing baby of the film: seeking validation in everything from shopping to drugs; fighting ruthlessly for the role of her own incestuous mother in an upcoming indie biopic. There is no stopping Havana (nor Moore, who is absolutely fantastic), and her hunger for the part mirrors that of Norma Desmond, who was as ready to kill to play Salome as she was for her famous close-up. Compared to that epic brat, the slightly disfigured girl named Agatha—afflicted with Cronenbergian skin burns and sporting “Gilda”-like gloves for much of the film—is the girl who invades other people’s safety zones in “Maps to the Stars.” As played by the ever-astonishing Mia Wasikowska, she’s a wounded angel seeking forgiveness and offering amends. Unfortunately, the world of the movie is so much centered on the self (for Havana, acting is a form of appropriation, not empathy), that Agatha’s presence proves undesirable to nearly everyone, which finally makes her react with vengeance.

The gleeful foulness of the movie is epic: in its ruthlessness and amorality, it just about rivals that other recent comedy of moral decay, “The Wolf of Wall Street.” Every other line is a prickly barb. Online peddling of celebrity feces is freely discussed, and at one point Evan Bird’s teen star Benjie unwittingly shoots a dog with a Colombine-famed gun (also purchased on eBay). Wagner’s script, which at times sounds like an episode of “Entourage” written by Stanley Kubrick’s unforgettable Sgt. Hartman in between abusive drills, is a roller coaster ride in terms of cattiness and profanity.

What elevates the movie in the end, though, is not its apparent heartlessness, but precisely the fact that its central relationship—that between haunted, borderline schizophrenic siblings Bird and Wasikowska—is deeply humane and universally resounding. Part Melville’s “Les Enfants Terrible,” part innocent killers in the vein of “Badlands“’ Holly and Kit, they represent the beating heart of vulnerability in a land deprived of compassion. I wouldn’t have guessed that I will need to see a David Cronenberg movie to feel real connection with a bunch of battered human souls, and yet that’s exactly what happened to me at Cannes this year. As with most great film festival experiences, you just never know.