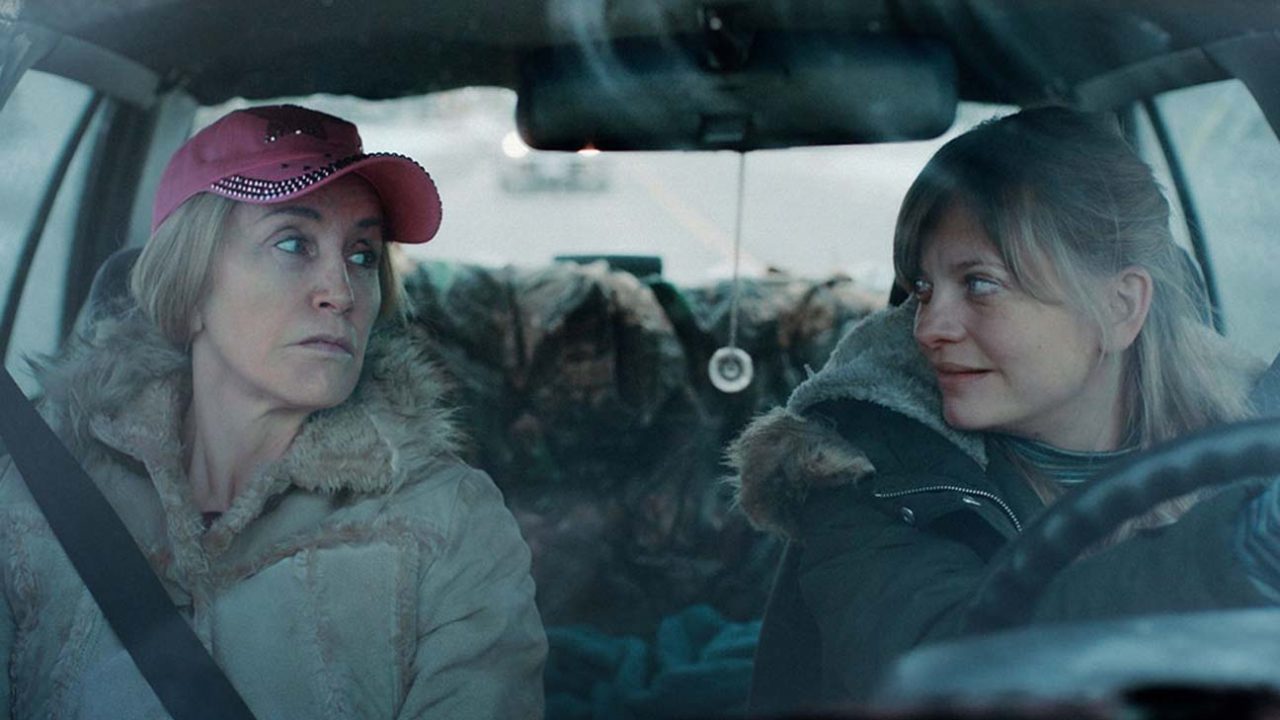 Canadians explore mother-daughter and other female bonds at TIFF

For Nicole Dorsey, director and writer of stylistic, psychological drama Black Conflux, creating of the film’s main character, Jackie, was about relaying her own experiences as a teenager.

“All I wanted as a young person growing up was to see some sort of version of myself on screen,” said Dorsey. “I hope that teenage girls can look at Jackie and just know that they’re not alone … That you’re going through something that we all have a version of.”

The coming-of-age film, which premieres at the Toronto International Film Festival on Friday, centres around the lives of Jackie and Dennis, played by Ella Ballentine and Ryan McDonald. Jackie is a promising high school student determined to avoid becoming like her convict mother. She skips school, parties and hitchhikes, trying to navigate her friendships and romantic relationships.

“There’s this balance where you are finding power in your sexuality and how to use that and that feels fun and exciting, but you’re also still young and naive and that can be traumatizing when that attention doesn’t turn out to be how you picture it in your mind.”

As the film industry makes way for female-led projects in front of and behind the camera, Canadian directors whose works are featured at TIFF this year are using the opportunity to tell stories through complex characters who aren’t necessarily likable, and portray relationships that aren’t reduced to tropes or stereotypes.

Whether it be the good, the complicated or the volatile, filmmakers like Dorsey say they want to see themselves and their relationships on screen.

The inspiration for Sanja Zivkovic’s debut feature Easy Land stemmed from her own experience as an immigrant, she said.

The movie follows Jasna, an architect from Serbia played by Underground star Mirjana Jokovic, whose mental illness puts a strain on her relationship with her daughter Nina, played by The Handmaid’s Tale actress Nina Kiri, as they struggle to navigate obstacles facing newcomers to Canada.

Jasna has been traumatized by what she witnessed in Serbia, and the after-effects are exacerbated by the menial jobs she must take to pay the rent.

“I spent a lot of time with my mom and it made me think about the past and how hard it was,” said Zivkovic, who came to Canada from Serbia in 1994 during the war in the former Yugoslavia. “It was hard for everyone in my family but specifically for her as a woman who came to Canada barely speaking the language and having to rebuild her own life.”

When it came to creating the relationship between Nina and Jasna, Zivkovic said it was important to her to create characters that were dependent on each other. Zivkovic described both characters as outspoken women who cannot express themselves outside their small apartment, but “at home is when everything comes to a climax.”

“They’re trying really hard not to hurt each other and trying really hard to play as if it’s not that big of a deal but, of course, they’re both suffering inside and that comes to a surface at certain points in the film,” she said.

“There is some obscure humour and I feel like that’s the way I tackle life and look at life — to find the humour within the sadness,” she said.

When asked about her interest in the script, written by Joanne Sarazen, Johnson said it reminded her of her own relationship with her parents.

Watching her mother die from cancer 20 years ago, Johnson said she saw some of herself in Kathy’s character, which is part of what made the script “jump right off the page.”

“The way Joanne wrote the film — with such absurd humour to break through and get through the drama that is within these heavy subjects is what I really, really identified with and grabbed onto as the filmmaker.”

Achieving gender parity has become a priority for many Canadian film institutions, including TIFF, which last year pledged a commitment to the 50/50 by 2020 initiative.

Out of the 26 Canadian features slated as part of the festival’s lineup, almost 50 per cent are directed by women.

Telefilm has also committed to backing female-led projects, recently announcing that 59 per cent of its production funding in the last fiscal year went to projects featuring at least one woman as a lead producer, director or writer.

One of those projects touted by Telefilm was Semi Chellas’ American Woman, which premiers at TIFF next week.

Drawing on Susan Choi’s novel, the film follows Jenny, played by Hong Chau, a dedicated activist who has been living underground for years who is tasked with keeping a group of radicals off the grid while they write a book. Jenny develops a relationship with Pauline, as played by Sarah Gadon, a Patty Hearst-like heiress who has been radicalized by her captors.

“What does transpire between them? Is it friendship? Is it love? Is it real? Is it brainwashing? Is all love brainwashing?” Chellas said. “Jenny’s perspective is the centre of the movie, her idea of what it is, but she keeps revising her understanding of how she feels about Pauline and what her responsibility is to that relationship.”

Chellas wanted her film to be the opposite of what she sees as a “very glib screenwriting trope” in movies, which is the idea that people can change.

Chellas said she approached the characters’ relationship by developing it between the lines. Certain scenes would first be taped with lines from the script, and then would slowly be re-enacted using fewer and fewer lines.

“So much of what they’re communicating to each other necessarily is playing at the level where other people can’t hear it,” said Chellas.