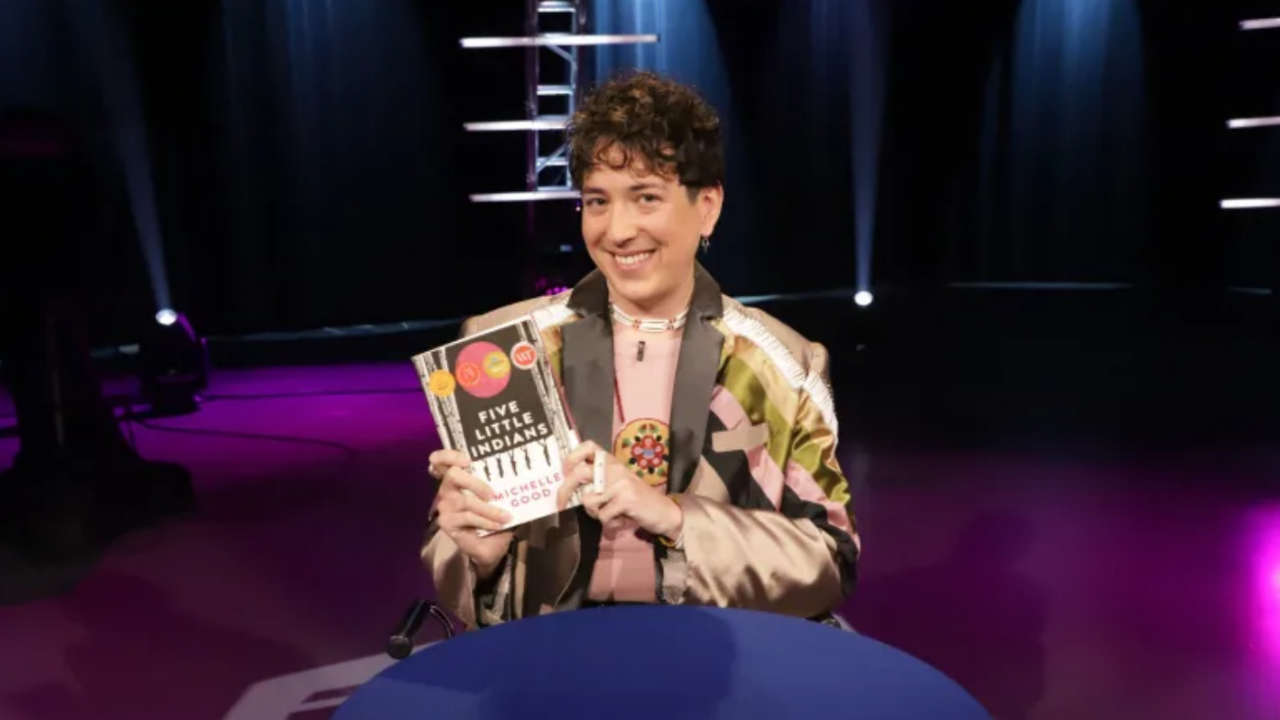 And then there was one: Ojibway author and Vogue fashion writer Christian Allaire has won Canada Reads 2022. In an emotional finale, the book he championed, novel Five Little Indians by Michelle Good, survived the final vote on March 31, 2022.

Allaire successfully presented his case about why the 2020 novel Five Little Indians — a story about five survivors of Canada’s residential school system who are struggling to heal from their trauma and rebuild their lives as adults — best fits the Canada Reads 2022 theme as the “One Book to Connect Us.”

“Being a citizen of this country, we do have a duty to do these reparations, even if you didn’t have a hand in it. I know a lot of people don’t want to assume the guilt. It’s not about that. It’s about us coming together as a country to acknowledge this happened and helping us move forward altogether,” Allaire said during the finale.

Five Little Indians, the debut novel by Cree writer and former lawyer Good, is the second book by an Indigenous author to win Canada Reads. The bestselling bookwon the 2020 Governor General’s Literary Award for fiction and the 2021 Amazon Canada First Novel Award. It was also on the 2020 Writers’s Trust Fiction Prize shortlist and 2020 Scotiabank Giller Prize longlist.

The runner-up was Scarborough by Toronto author Catherine Hernandez, a debut novelwhich tells a moving multi-voiced story about a Toronto neighbourhood that refuses to fall apart in the face of poverty and crime. The vibrant and emotional novel weaves together the stories of three children growing up in difficult circumstances with the stories of three adults who are doing their best to help them out. Scarborough was championed by Canadian actor and activist Malia Baker.

“I am happy that everyone even had the willingness to read this book. I think that’s been the main struggle as this history and this experience hasn’t been taught. And so to hear all your debates and to approach them with such care…it’s a very, very difficult subject, especially for me to talk about,” Allaire said during the Canada Reads 2022 finale.

“I hope all Canadians open that up to that. I think a lot of Canadians struggle with reconciliation. They need something to do about it. You can read this book and the best thing you can do is just understand. That’s an easy first step we can all take.”

Allaire is an Ojibway writer from Nipissing First Nation. He is the fashion and style writer for Vogue and also the author of The Power of Style, a YA nonfiction book that highlights the need for diversity and representation in fashion — and examines topics such as cosplay, make up, hijabs, and hair to show the intersection of style, culture and social justice over the years.

During the debates, Allaire shared that he recognized his family and friends in the characters in Five Little Indians. He spoke about his grandma Leda, a residential school survivor who fought to keep Indigenous culture and traditions alive in her family.

“I’ve seen firsthand how residential schools have affected our communities. They’ve created a sense of distrust, anger, a loss of faith in those ruling this country. But also, I’ve seen our people rise above this trauma,” said Allaire.

“My grandmother Leda, was a residential school survivor. She never spoke of her experiences, but I saw this as a sign of strength. A desire to not pass down her grief. She continued to encourage our family to practice spirituality and to embrace our cultural traditions, all things that residential schools tried to eliminate.”

Allaire was steadfast in his passionate support of Good‘s novel during Canada Reads 2022. He noted how, while all five of the contending books were well written and dealt with important issues, he believed that Five Little Indianswas the one book that all Canadians should read.

Good is a member of Red Pheasant Cree Nation in Saskatchewan. She holds an MFA and a law degree from the University of British Columbia and, as a lawyer, advocated for residential school survivors. Five Little Indians is her first book.

“I didn’t write this book primarily as an artistic endeavour,” said Good, after winning Canada Reads.

“I wrote this book to expose the truth of intergenerational trauma, and how there is so little support in Canada for survivors to truly be able to heal, both on an individual level and at a community level.”

Good described her champion as “a superstar.”

“That young man’s future is in the stratosphere,” she said. “He was just brilliant. And he looked so fine too in his wonderful clothes.”

The other three books were eliminated earlier in the week. Memoir Life in the City of Dirty Waterby Clayton Thomas-Müller and championed by Suzanne Simard was eliminated on Day One, followed by novel What Strange Paradise by Omar El Akkad, championed by Tareq Hadhad, on Day Two, and novel Washington Black by Esi Edugyan, championed by Mark Tewksbury, on Day Three.

It was a week full of agreement for the literary merit of all the contending books, but also featured some thoughtful exchanges and criticisms.

This year’s show was hosted by Ali Hassan.

The Canada Reads2022champions and their chosen books are: